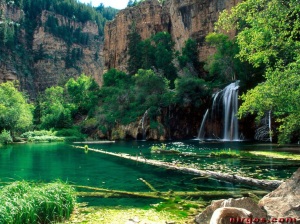 Continuing with the theme of trusting in God to help you through your difficulties, in this portion of Psalms, Book I, the compilers include a psalm befitting David’s quality of writing. It came from a period in Israel’s history when their captors profanely rejected their God; treated them with contempt; and caused them to plead for liberation by a Savior coming out of Zion. The Psalmist’s words are not crude or contentious, but strong and deliberate to let the enemy know nothing they can do will destroy his faith in the One True God.

“Only morons live as though there is no One True God. The way they live is immoral, detestable and they don’t have one ounce of good in them. The LORD Eternal has tried to find just one who has enough sense to see if a One True God does exist. But He found that every one of them was rotten to the core; none of them proved to be decent human beings, not a single one. Can these individuals who love to insult and profane God’s people be so clueless that they dismiss the very existence of the LORD Eternal? One day their arrogance will turn into terror when they see our One True God revealed and living in the presence of His people. Right now they make fun of those who have such hope; but the saints believe the LORD Eternal holds them securely in His arms. O how we pray for our Deliverer to come. For when the LORD Eternal restores His people to their rightful positions, all God’s people will rejoice; yes, all God’s saints will shout for joy!” Psalm 14:1-7