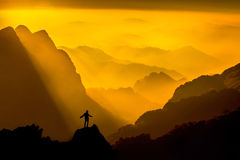 One of the first things a child learns is obedience. Psychologists tell us that people are more likely to follow orders if they 1) come from someone they view as an authority, 2) to the calls of a victim that they may or may not know, or 3) feel like the only option is to obey. Psychologist Kendra Cherry MS tells us that Obedience is a form of social influence that involves performing an action under orders. It differs from compliance (which involves changing your behavior at the request of another person) and conformity (which involves altering your behavior in order to go along with the rest of the group). Instead, obedience involves altering your behavior because a lawful figure told you to do so.

Julia Thomas, practicing content writer for online publications, notes that obedience, at first thought, may seem like a straightforward concept. An authority figure tells you to do something, and you do what they say. Or, is it that you behave correctly according to the way you know they want you to act? Psychology offers this precise definition of obedience. Yet, recently, there has been some debate among psychologists about whether the accepted definition is genuinely accurate.

Classical experiments are the basis for many theories on obedience. Among them are experiments by Stanley Milgram and Philip Zimbardo. In his study, Stanley Milgram’s setup involved deceiving the participants. In the clinical trial, they told the subjects they were going to take part in a study of the effects of punishment on learning. In reality, the experiment focuses on people’s willingness to obey heartless authority. Each subject served as instructions on the association between pairs of unrelated words.

After they received the information, the “instructor” of the experiment and the “learner” guessing at the association of the words (an accomplice of the experimenter) sat in another room and could be heard, but not seen. Instructors were told to give the “learner” electric shocks of increasing severity for each wrong answer. If subjects questioned the procedure, the “researcher” (again, an accomplice of Milgram) would encourage them to continue. The subjects listening to this experiment were told to ignore the agonized screams of the learner, his desire to be untied and stop the experiment, and his pleas that his life was at risk and that he suffered from a heart condition. The experiment director insisted the “researcher,” must go on. One variable in this experiment was the amount of voltage to be administered.

All such experiments are designed to test how far a person will go in obeying an authority who tells them to do something that goes against their conscience. It is how Nazi Adolf Hitler was able to provoke many normal, good-natured German soldiers to torture and kill millions of Jews and Protestants before and during WWII. Communist Mao Zedong used the same technique in China and Josef Stalin in Russia. In contrast to all this, are those good and caring authorities who urge people to obey for their benefit. But, believe it or not, there are still some people today who refuse to put on their seat belt while driving, or continue texting on their cell phone even though it is the law and for their protection.

This mindset is derived from that person’s respect for authority. If the law is not much more than a helpful guideline, such as a yield sign on the highway or don’t feed the animals in a zoo, people will weigh the practicability of such recommendations to see if their rights outweigh that of the authority who posted the sign. However, when a law carries a penalty, then obedience is much more of a possibility than disobedience. This is caused by what is called “self-direction.” In other words, the person has already made up their mind to do or not to do what is ordered or requested. I was told in the military to obey any commissioned officer’s orders when it is illegal.

This seems to have been the case with Adam and Eve in the garden of Eden. Although God told them that all the other fruit-bearing trees in the garden were for their good, it was that one tree they were forbidden to eat from that got Eve’s attention. That alone may not have been enough for her disobedient act, but when the serpent added his opinion, that’s what pushed her over the edge.

The prophet Samuel had a lesson for the children of Israel. He told them that while the LORD takes great delight in the burnt offerings and sacrifices, they bring to worship and honor Him, He is much more pleased when they obey His voice.[1] And the prophet Isaiah was inspired to tell them that if they were willing and obedient to God’s instructions, they would enjoy the good things of life.[2]

Jesus told his disciples and followers that if they truly loved Him, they would do what He tells them to do.[3] And after telling the story of the one man who constructed his house on a solid foundation away from the water, and the other man who built his house on the sand at the water’s edge and when a terrible storm arrived the house on the rock remained standing but the one on the sand was destroyed and washed away, Jesus said to them, “Why are you willing to call Me your Lord and Master, but do not do what I tell you to do?”[4] This clearly shows how love is the mediator between obedience and disobedience.

The Apostle James says that if we are told the right thing to do but then don’t do it, we are only deceiving ourselves.[5] Like a person who is told not to cross a busy street until the walk light goes on is only fooling themselves into thinking nothing bad can happen to them. The Apostle Paul put it another way. He said that everyone should know that to whomever you submit your will to obey, you become their servant whether it is doing right or doing wrong.[6] If you make yourself a servant to the one who is guiding you right, then the blessings in doing so will be yours. But if you become a servant to the one telling you to do wrong, you will be the victim of all that can go wrong.

The Apostle Paul had some stern advice for young Timothy that is relevant for today. He said, understand this, that in the last days there will come times of difficulty. For people will be lovers of self, lovers of money, proud, arrogant, abusive, disobedient to their parents, ungrateful, unholy, heartless, unappeasable, slanderous, without self-control, brutal, not loving good, treacherous, reckless, swollen with conceit, lovers of pleasure rather than lovers of God, having the appearance of godliness, but denying its power. Avoid such people.

What we learn from this is that no one can use the excuse, “The devil made me do it,” or “The Spirit told me to do this.” All authority, Satanic or Sacred will not make you do anything, it’s up to you to obey or disobey. Study the consequences before making a decision. As the Apostle Paul reminds us, “The earned wages of sin is death, but the gift of God is eternal life, through Jesus the Anointed one our Lord.” That gift is based on our love for Him and our obedience to Him. – Dr. Robert R Seyda